Simply about the difficult...

Before releasing the third generation of NetUP video processing solutions, we paid a lot of attention to the management interface. The goal was to simplify image and animation overlay operations so that any user could easily get the result. Thus, the development of a new solution was divided into two areas: a graphical interface for fast “right-now operations” and a full-fledged API for integration into existing infrastructures. Today we will touch upon the first part.

NetUP Stream Processor is designed as NetUP SystemOS module, which allows you to take advantage of the new software platform. Our previous solution (Multimedia Processor) is hardware compatible with the SystemOS + Stream Processor bundle, which makes it possible to update.

Configuration is carried out according to a simple concept: reception, processing, and subsequent broadcasting. Overlay operations are directly related to transcoding, which allows you to get an output stream with any codecs that we support and related parameters. All basic configuration is done through the web interface. 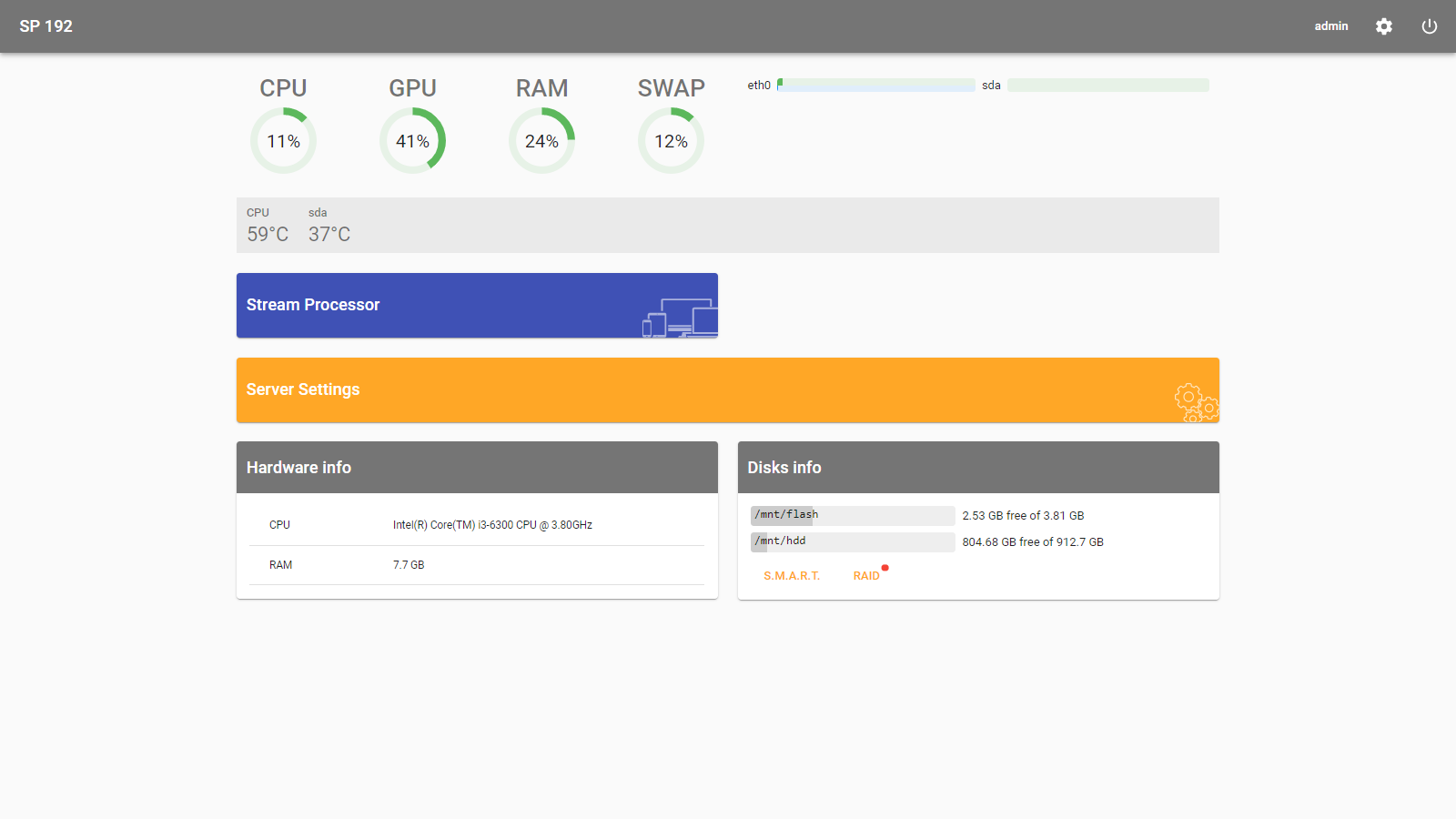 The first, and perhaps the easiest to learn function is image overlay. With its help, you can easily solve the problem of adding various logos, banners, etc. In our opinion, we have developed the most simple and convenient interface: just upload a picture, select its location, and save the changes. 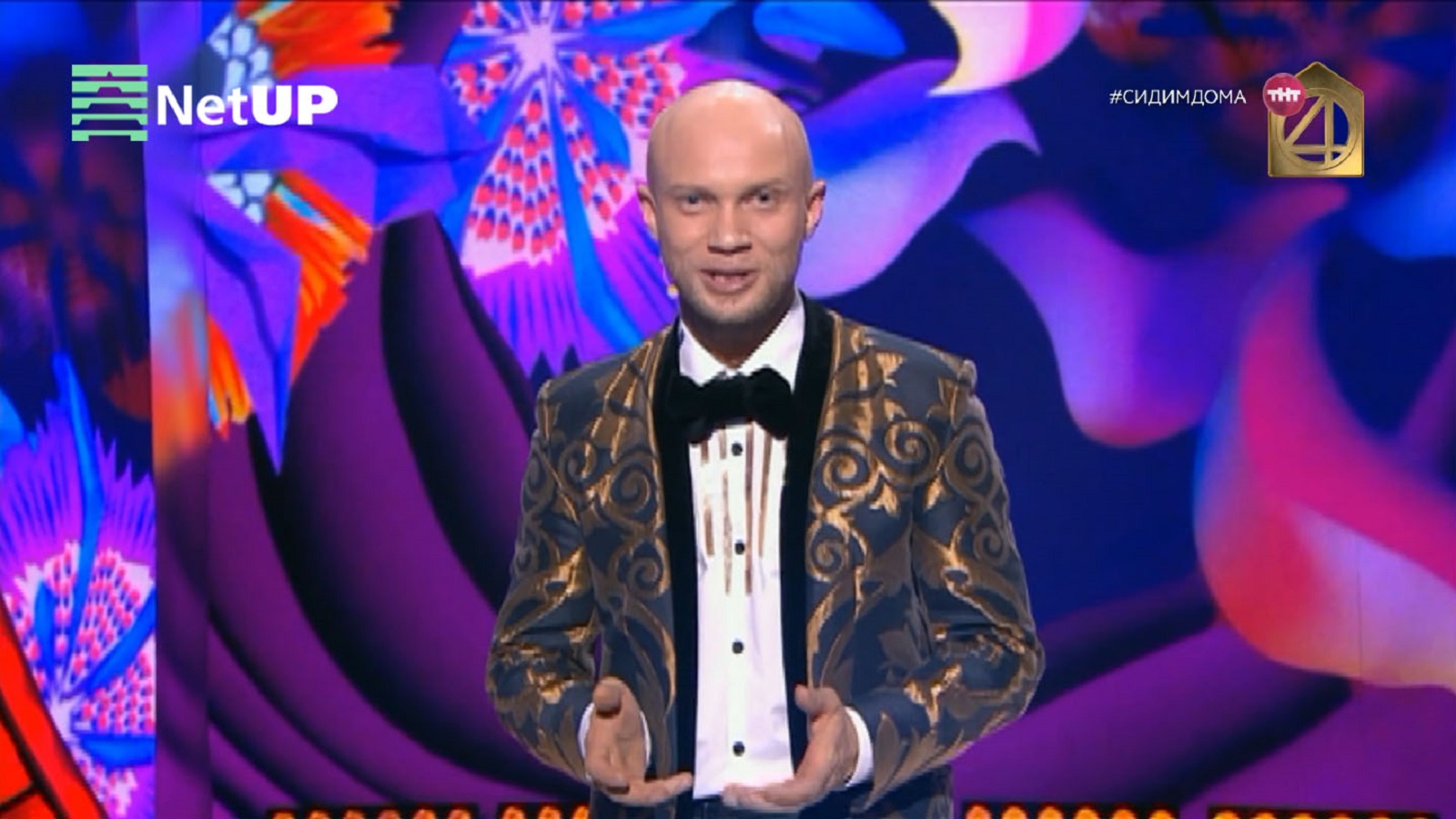 You can change the location and size. Transparency is available as an additional parameter, and in case you need to add several elements, you can change the layer. As a part of improving the overall system performance, you can select the optimal scaling algorithm for a particular situation.

The second in complexity, but at the same time one of the most important and sought-after functions is the imposition of a running text. The process takes just a few clicks: open the processing of the desired stream, insert prepared text, and then simply start the procedure! 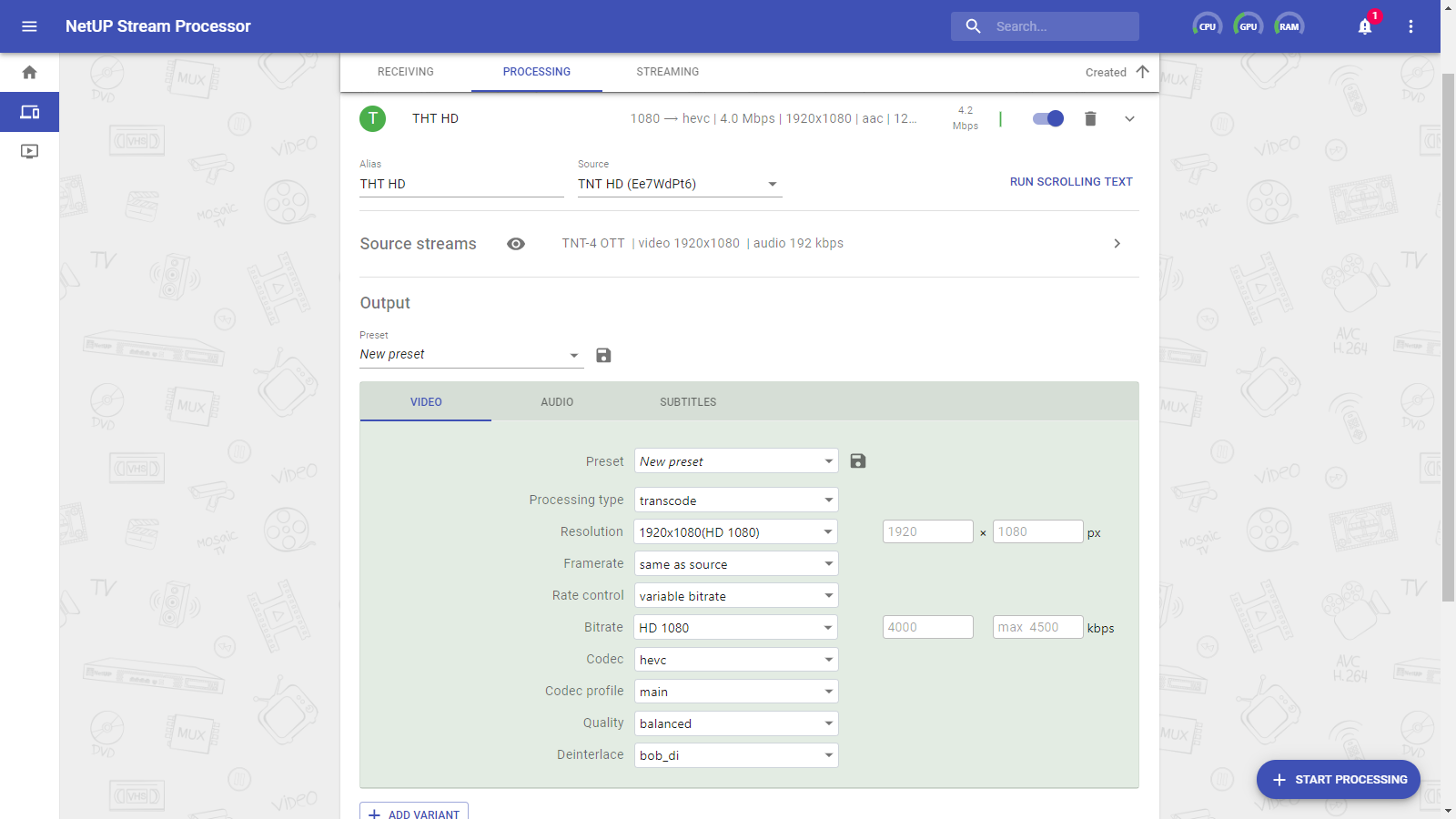 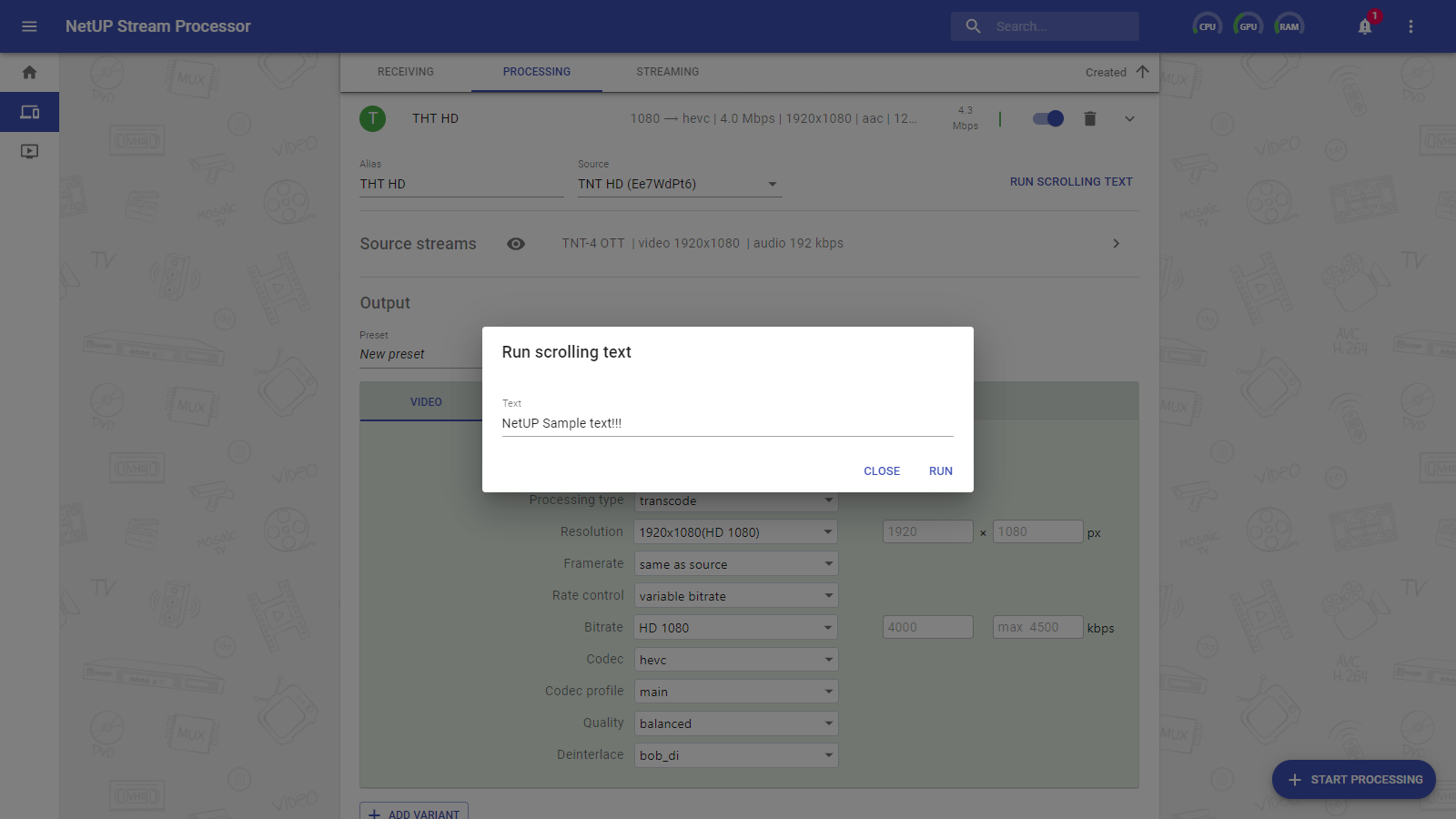 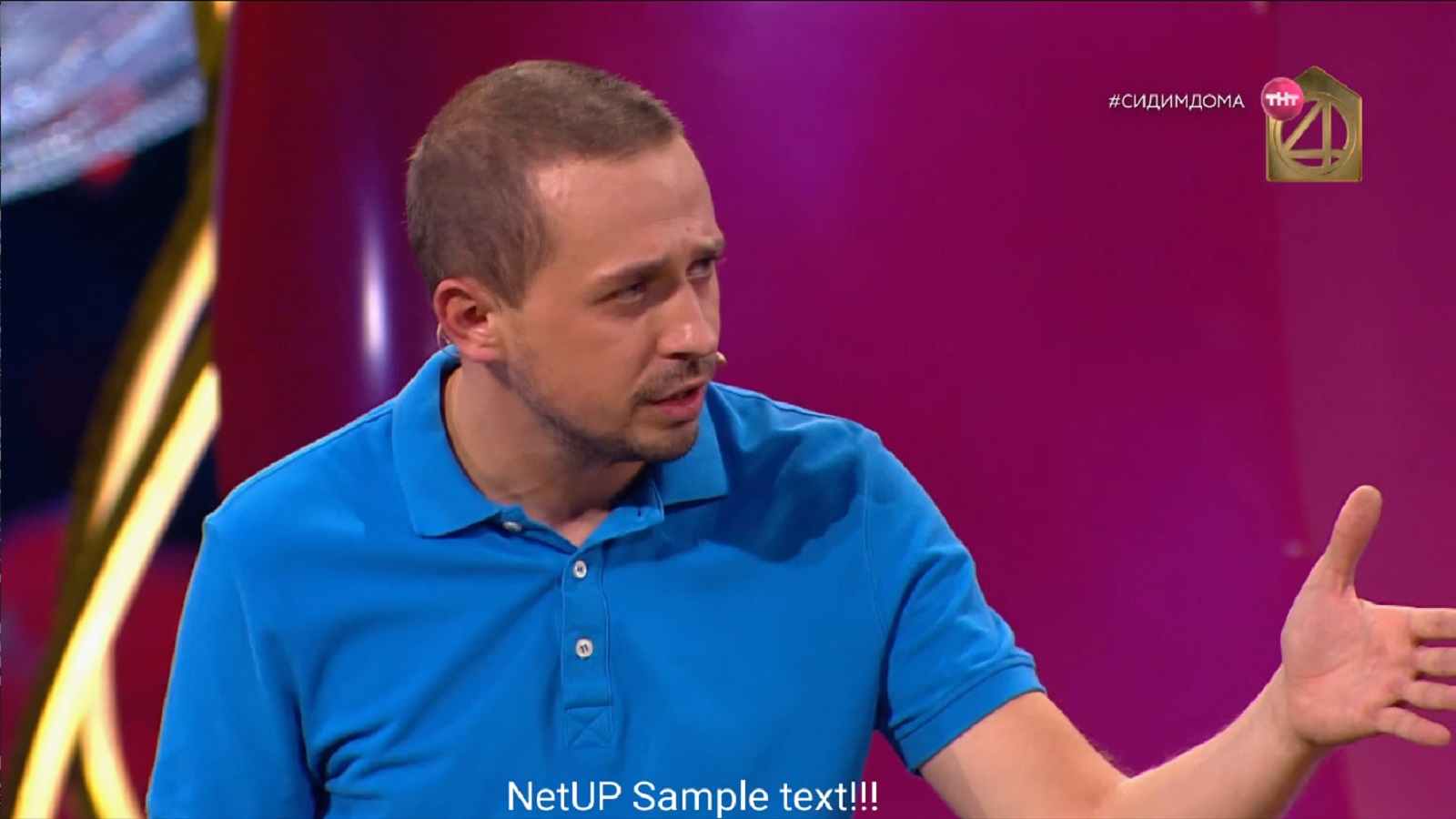 If a deeper adjustment is required, you can configure the position, size, font and color, transparency and background color, as well as change the speed of the text and the time that the procedure will be repeated.

Special attention should be paid to animation overlay. Everything is much more interesting here: you can add various timers (alpha channel is supported), live banners. To summarize, a random video without sound is overlayed in frame-by-frame mode. Of course, the downloading of materials and their placement can be done through the web interface. Among the advanced settings you can find: transparency, loops, and a general time limit for them, as well as a choice of the scaling algorithm. 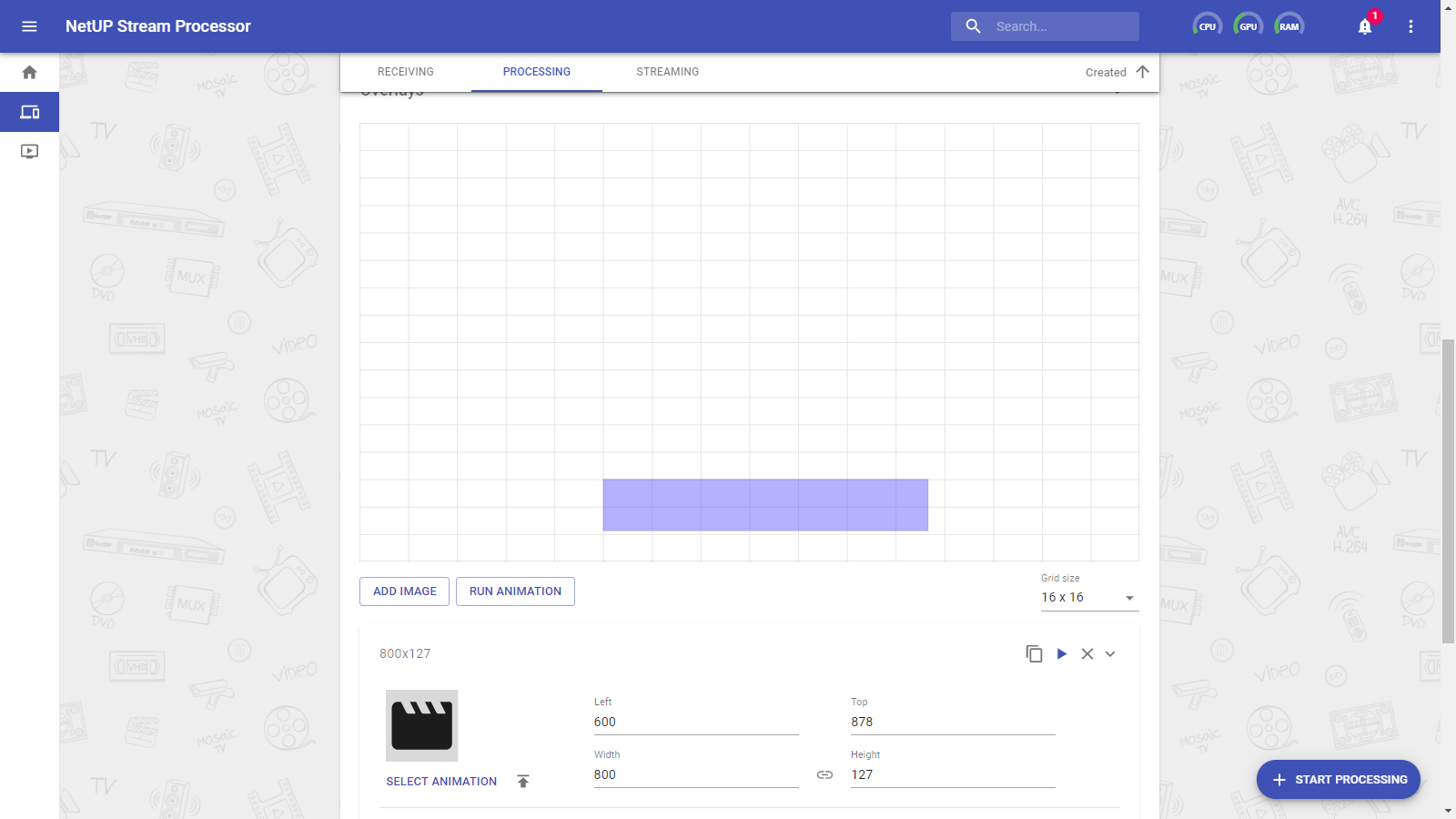