In the previous parts we described how satellite signals can be received and brought to a headend station.
80% of the work is done, if only the remaining 20% did not take 80% of the time.
So let’s consider that a signal is given to the input of a headend. The receiver (tuner) is tuned in to the desired frequency / polarization. Then the signal goes to the demodulator - a special chip that converts the radio pulses to the digital data for further processing. But not every such chip will cope with any type of a signal. A support of a complete set of the characteristics is required:

In our headend stations we use Sony demodulation chips with the following characteristics for satellite signal(terrestial and digital cable signals are also supported) : modulations QPSK, 8PSK, SR 1-45 Msymbol/s for DVB-S2 and 1-62 Msymbol/s for DVB-S, FEC from 1/2 to 9/10, which covers 99,99% of all satellite signal reception requirements.
It is easy to calculate the useful bit-rate of the transponder once all three parameters are known.

If we receive a stream of digital data, we can choose specific TV channels from it. The only last detail remains. TV channels can be encrypted by the content provider to protect them from unauthorized access. To do this, systems of concealment (conditional access system - CAS) are used, which perform block data encryption. To encrypt the data, usually, the CSA algorithm is used to this day (it is not very complicated for decoding and hacking), but keys in different systems are transmitted in different ways. The BISS system means encoding with a "persistent" session key. It is used to transfer data to a specific circle of people to whom this key is communicated. If the key is known, then NetUP Streamer can decode the signal without additional devices. In other cases, special modules are required - CAM (Conditional Access Module), which are selected depending on the encryption system used. 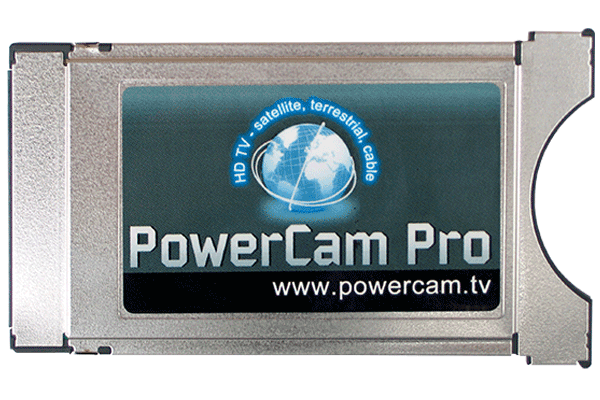 These modules are installed in the CI-slots (common interface) of the headend. The module can be equipped with a smart card that carries the algorithm for processing keys, rights to a particular content and subscriber ID. In rare cases, this algorithm is embedded directly to the module. Sending encrypted channels to the CAM-module, the station expects their return in decrypted form for further broadcasting. The performance of CAM-modules is limited. Household modules usually open only 1 channel, professional ones can process 4, 8, 10, 12, 16 channels simultaneously. We did't meet more powerful ones. In practice, this means that even if there are 20 channels on one transponder, 2 modules will be needed to decode them and 2 slots will have to be used on the headend.
Also a few years ago, the market appeared modules of CI+ standard (conventional is CI), many satellite operators started to use them for individuals. These modules can not be used in professional headends, since they imply reverse encryption. That is, the TV channel from the module comes out encrypted and playback is possible only on devices that support this standard (TVs, subscriber receivers). A little offensive, but not terrible, because such modules are single-channel and their use in professional headends is economically inexpedient.